Ah, soccer essays. The subject of much debate in the world of college admissions. We know what you’re thinking. “How could something as seemingly insignificant as a college essay about soccer be the subject of controversy?”

Well, with over a decade of experience in this field, AdmissionSight can confidently say that this is a heated topic. To be fair, soccer essays aren’t really the direct focus of this disagreement, but rather an unfortunate recipient. The real issue revolves around sports essays in general and whether or not they’re a suitable subject for a college essay.

There’s one camp that is adamant about advising students against sports-related college essays because they’re too cliche and generic. Instead of even bothering with the issue and running the risk of turning in a below-average essay, these people recommend applicants to avoid the topic altogether.

On the other side of the fence, there are some people who – while still admitting that the topic is often trite – say that it can be done properly. As a result, this second camp doesn’t swear off it but simply tells applicants to be careful about the potential trap that this subject so often sets.

So, who’s right? Is a college essay about soccer or any other sport doomed to fail? Or is there a potential that this essay can work in your favor when applying to a prestigious school? Well, they’re both correct in their own way. They both acknowledge the potential for a sports-related topic to come across as banal.

The primary difference is that one group of people don’t recommend it to students out of principle while others say that it can be done but should be approached with caution. This latter approach is where we find ourselves. For the right students, a college essay about soccer can be an excellent topic with a strong impact.

How To Write a College Application Essay About Sports

Here, we’ll provide a few tips for writing an effective essay about soccer or any other sport you want.

The general isn’t going to favor you in this essay prompt. There are likely thousands or even tens of thousands of students applying to the same university as you who have had similar experiences on the soccer field. Assuming at least a small percentage decide to write about the same topic, you’re going to have a tough time standing out from the crowd with a more generic response. A great way to filter out these unusable topics is to run each idea through a filter as you’re brainstorming. You can ask yourself:

Make sure you’re honest in your responses as they’re crucial for determining whether or not the topic is usable. If you find out it’s too generic, move on to the next without getting too attached.

As an incredibly common topic, sports essays are generally recommended against. One of the main reasons for this advice is because it’s hard to stand out from other applicants when your essay is expected. What do we mean? Well, thousands and maybe even tens of thousands (depending on where you’re applying) of applicants are sending in essays. If you choose a generic topic such as sports, one of the first things that will undoubtedly pop into an admissions officer’s head when reading your essay is “Oh, I know what’s coming…”

Now, this setup can either work in your favor or against you. If your college essay about soccer ends up being what was expected, your application is going to suffer a major blow. It’s never a good sign when your essays are predictable since that means similar essays have been seen by the college countless times before. However, if your essay is totally unexpected and doesn’t meet the reader’s previously held expectations, you’re setting yourself up for success. Surprise is always a good reaction to have on your essay.

As a result, you should try to write a response that’s not predictable or expected. Obviously, that’s easier said than done. It’s smart to avoid the first idea that pops into your head. And maybe the second, third, and fourth. Make sure to write them down as you can always come back to them. But waiting to see what other ideas pop up can make it more likely that you’ll stumble upon something truly exceptional that no admissions officer will see coming no matter how experienced they are.

Be personal in your essay.

Another great rule of thumb to use when writing a college essay about soccer is to determine if another applicant could put their name at the top of your piece. Would anything change? Is there anything within your piece that makes it undeniably unique to you? Or is it so general that anyone could pass it off as their own without anyone knowing? This is like a litmus test for the uniqueness of your essay. Ideally, your topic is so personal and one-of-a-kind that you are the only applicant who could possibly write it. This ensures your story will successfully stand out amongst the crowd of applicants and increase your chances of getting noticed.

What happens on the soccer field during a game is more or less the same every time. Although each game takes on a life of its own, there are only a few variables that can change in order to create a different outcome than the rest. What’s the purpose of pointing this out? Well, since the experiences players have on the field are more or less limited, this is difficult territory for finding a unique angle on a college essay about soccer. Although one of the highlights of any player’s experience is playing on the field during a game, you don’t want to end up getting bogged down in topic ideas that are too common to work.

A great way to come up with some topic ideas that are more unique is to think about what’s happened off the field. If you think about it, the vast majority of your time spent “playing soccer” hasn’t really taken place on the field during a game. Between drills, practices, watching the film, working out, and other everyday activities, you’ve actually had more soccer-related experience take place off the field. Thinking about these events is a great way to start coming up with more unique ideas. Not only will fewer applicants writing a college essay about soccer consider these seemingly ancillary events, but you’ll also have a better chance of avoiding cliche topics.

As we’ve mentioned before, writing a college essay about soccer or any sport for that matter is like wandering through a minefield of cliche. It’s more than possible to write a compelling, unique, and effective soccer-themed essay, but you have to work extra hard to maintain the attention of admissions officers. However, before you can even worry about holding their attention, you have to capture it in the first place. That’s where a great title comes into play. If you want to hook the reader right away – as you’ve heard time and time again in English class – you need to have a catchy, unique, and unexpected title.

Here are some more general title examples that you’ll want to avoid along with similar variations:

As you can see, none of these titles are particularly captivating. None pulled you in as a reader and had you demanding more. And that’s exactly what you want to avoid when writing a college essay about soccer. Even though admissions staff will read your essay, either way, having a fascinating title will prime them for an equally amazing essay which you should also deliver!

“Simply put, I love soccer. I love being part of a team of girls who go out there and give their all, heart and soul, in every game. We truly are a family in our team. I love being a part of that family and taking a leadership role, both on and off the field. Soccer has also helped me be a better leader in student organizations and classwork, where I take a proactive role. Whether it is a good defensive block or scoring the winning goal, soccer is an empowering part of my life, and I would not be the person I am today without it.”

What’s bad about this essay:

Overall, this college essay about soccer falls short of where it would need to be in order to be competitive in an Ivy League setting. Here are some of the problems we were able to identify:

“Soccer has been my passion ever since I was a little kid. I grew up with a soccer ball in my bed. Soccer has in many ways been my outlet, my escape from the stresses of school. Soccer has taught me so many wonderful, powerful lessons like never giving up and always believing in myself. I recall a time when I missed in a shootout. I had let my team down. I was so upset. And yet I picked myself back up and practiced my shot for the next three weeks. The next time I had to participate in an OT shootout, I didn’t miss.”

What’s bad about this essay:

How we would recommend improving these essays:

Need help getting into an Ivy League school? 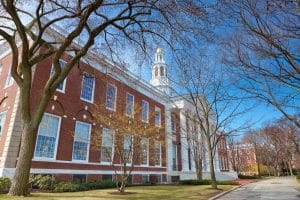 6 Things to Do on Your College Visit to Harvard

When was Caltech founded? 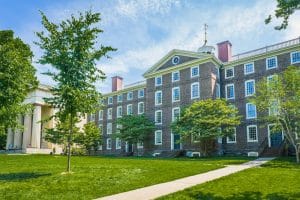 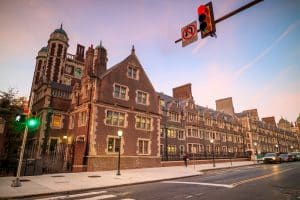 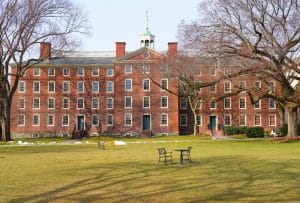 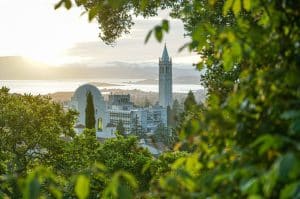 What are the Best Majors at Berkeley? When was Dartmouth Founded? 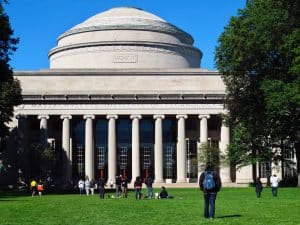 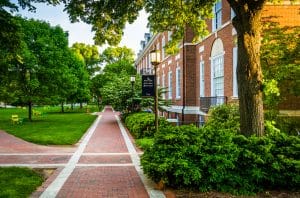 What are the Best Majors at Johns Hopkins? 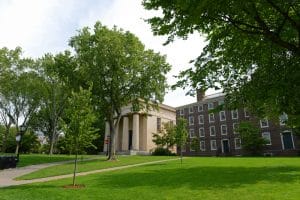 When was Brown Founded? 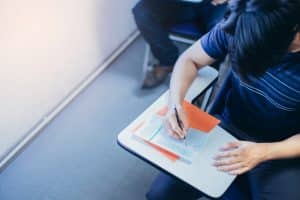 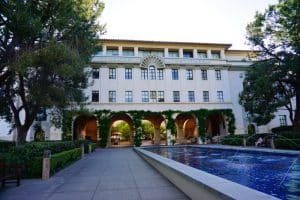 What are the Best Majors at Caltech? 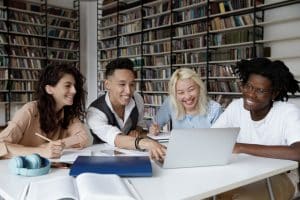 The Ultimate Guide to Completing the Common App for Any College 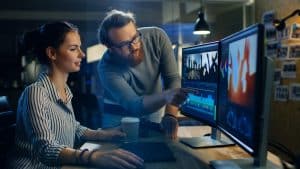 7 Strategies for Making the Most of Brown’s Video Introduction 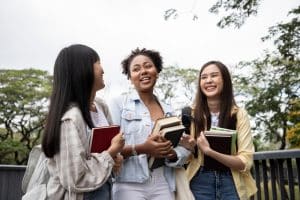 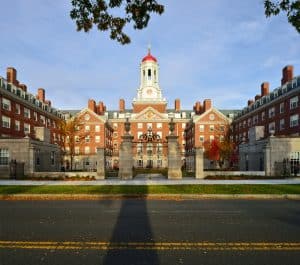 What Kind of Students Get Accepted into Harvard?

When was Caltech founded?

When was Dartmouth Founded?

When was Brown Founded?