How to Sign Up for the USA Physics Olympiad (USAPhO)

The USA Physics Olympiad (USAPhO) is one of the most prestigious and challenging extracurricular activities that a high school student can take part in. It is considering highly difficult and demanding and can play a very large role in helping a high school student get into the college or university of their dreams.

But that’s not the only reason why a student should think about trying to compete in the USA Physics Olympiad (USAPhO) and beyond to the International Physics Olympiad Competition. There are many reasons why engaging in extracurriculars such as this one is highly beneficial to any bright young mind.

Before we do any of that, however, let’s quickly break down what exactly the USA Physics Olympiad (USAPhO) is!

What is the basic mission of the USA Physics Olympiad (USAPhO)?

Overall, the basic mission of the USA Physics Olympiad (USAPhO) is to promote and demonstrate academic excellence through preparation for and participation in the International Physics Olympiad.

The United States physics team is committed to fulfilling the following goals:

How is the USA physics team selected?

AAPT is responsible for recruiting, selecting, and training teams each year that compete in the International Physics Olympiad. The selection process for these elite teams being each year in late January when high schoolers register for the F=ma exam. From everyone who takes the F=ma exam, the approximately top 400 scorers advance to the USA Physics Olympiad (USAPhO) team exam.

It is there that they take part in a rigorous 10-day session of studying, testing, and problem-solving. At the end of that 10-day course, just five students are selected for roles in the traveling team.

The traveling team, which may very well be made up by the five most accomplished high school physics students in the entire country, will return for three more days of intense lab work and training before they are ready to prepare in the International Physics Olympiad.

In all, the United States has won 66 Gold Medals, 48 Silver Medal, 29 Bronze Medals, and 11 Honorable Mentions at the International Physics Olympiad. It is something that many students have used to show how talented they are as students and how determined they are to succeed. There is much more than just that when it comes to the many benefits that students gain by participating in the USA Physics Olympiad (USAPhO), however. Here are some quotes from past students who wanted to share what they gained from their participation.

The training camp experience is something that is both incredibly unique and incredibly valuable for those who participate. The instruction helps familiarize the high school students involved with a classroom and learning style that is similar to that of a university-style of teaching. On top of that, they will also manage to get their hands on some state-of-the-art university equipment. 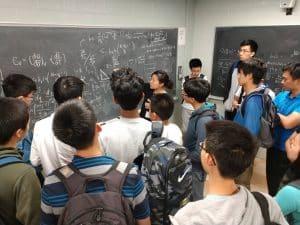 What is the format of different exams?

It is then that the 20 students who earned the top scores are invited to the training camp at the University of Maryland. As you can see, it is incredibly difficult to advance even to the USA Physics Olympiad (USAPhO), let alone beyond that. With that being said, it is still a worthy thing to pursue because of how enriching it is and because of how good it looks on college applications.

So, why are extracurriculars such as the USA Physics Olympiad (USAPhO) so valuable, and why do college admissions officers look upon them so fondly? Let’s break down the reason together.

Why are extracurriculars like the USA Physics Olympiad (USAPhO) are so valuable for high school students?

Reason 1: They improve performance in school.

While it may seem counterintuitive, giving an accomplished high school student more responsibility in the form of an engaging and educational extracurricular may actually help them take their studies to the next level. Taking part in activities that they are passionate about can help increase brain function. Beyond that, they also help students effectively manage their time which can absolutely lead to improved grades now and in the future.

One of the great benefits of a competition-based extracurricular such as the USA Physics Olympiad (USAPhO) is that students also get a great experience of working under pressure. This helps them gain experience when it comes to taking standardized exams, and college exams in the future.

Reason 2: They get to explore topics they are passionate about out of class. 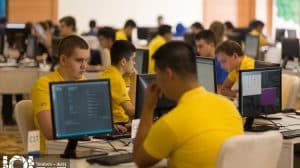 Reason 3: They improve self-esteem and confidence.

The more students achieve success and gain skills, the greater their self-esteem and sense of self-worth become. Working hard and mastering new skills is fun no matter what age you are, succeeding at competitions based on those skills will only improve self-esteem.

With that being said, it is important to keep in mind that failure is a strong possibility if a student’s goal is to advance to the international team. It’s important to remind them that there is a lot of different kinds of progress, and the pursuit of knowledge in itself is a fantastic accomplishment.

Making friends is hard, but it can be made much easier if students get involved in extracurriculars that allow students to spend time with students whom they share interests with.

On top of that, advancing past the F=ma exam and into the USA Physics Olympiad (USAPhO) and beyond allows for students to take part in valuable networking opportunities that can become especially valuable if a student is interested in pursuing a career in physics or another STEM subject.

The more a student pushes themselves, the more they are able to develop these skills. This not only increases their chances of success in high school and college but also well beyond that. 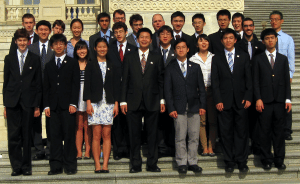 This is the last reason we will go over but is certainly not the least important. It is very difficult to get into top universities without having a couple of impressive extracurriculars on their college resume. When you are thinking about extracurriculars that your student could get the most out of, there are some very important things to keep in mind about what college admission officers most value when it comes to them.

The first thing that any college admissions officer wants to see when looking at extracurriculars is that a student sticks with the activities they choose. Devoting oneself to one club and one sports team is far more impressive than trying a new club and a new sports team every year. This shows that a student is able to stick to something and wants to perfect skills and lessons.

The next things that a college admissions officer looks for are passion. In any application, a student should make sure that they explain what they love about the extracurricular activities they chose during their high school years.

The final thing that every college admissions officer looks for is leadership. This is key. Above all, a student should look to assume a leadership role at some point in the extracurriculars they pursue. Through time, leadership roles should be highly possible and will look fantastic on any college application.