When employers view your resume, they look first and foremost at the institution that you attended. Going to a top Ivy League or university will immediately get your resume to the top of pile. Unfortunate to say, but this is the truth, especially for exclusive companies on Wall Street like Goldman Sachs or Morgan Stanley. 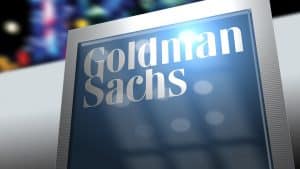 Next, comes your major – usually those that are more technical have better odds of getting a job, for example computer science, math, physics, economics, chemistry, etc. These stand a better chance than say political science or English.

This applies more for entry level jobs for fresh college grads. Of course, for more experienced positions, what will matter significantly more is your past experience.

Employers certainly look at the pedigree of your university as a signal of intellect. An employer who views a top tier school like UChicago on someone’s resume would be more interested on surface than say Cal Poly. But once the interview begins, those preconceived notions may go out the window depending on your performance. We’ve always said the main benefit of an Ivy League degree may not be the education you receive, but the signaling effect that opens up so many doors of opportunity.

But we’ve also seen many graduates flocking to tech – Google, Apple, Facebook. Why?

The hours are better, you get free food, and you have a normal living life. More importantly, one can argue that the work is more rewarding. Investment Banking hours will slowly grind at you (9AM to 11PM on average compared to 9AM to 5PM for tech) and eat away at your health. There is a lot of value in investment banking and I think both tech and banking prepares you for both the technical and business challenges that every company faces.

At AdmissionSight, we’ve sat on both sides of the coin and there really isn’t a right answer. If anything, we recommend that students do banking/consulting but only enough to gain the experience (less than a year) before making the move to tech. Both provide excellent preparation and critical thinking skills for your career.

Does attending at top 10 school increase your probability for job prospects, venture capital funding, and open doors that signal to others that you’re smart and capable? We would say for the most part, that is true.

But is it necessary for success? Absolutely not. There are many successful people who never attended a top school, such as Steve Jobs and many including Zuckerberg and Gates were dropouts (though you can argue the Harvard dropout stamp had some degree of signaling effect).

You can also look at the founder of Ring app that was acquired by Amazon for $1B – Jamie Siminoff, whose grit and hustle got him to where he is – without an Ivy League degree.

Your future is determined by the work you put in and your drive/commitment towards excellence. We’ve seen some of my peers who went to top universities and end up with nothing. Not necessarily homeless, but let’s just say after getting into a top university their efforts paled in comparison to the ambitious individual they were that allowed them to get accepted in the first place.

So a top-tier university, while it opens up plenty of doors, does not dictate or shape your future. Ultimately you are the one who has control over your destiny so don’t be one of those people who hide behind their fancy degree thinking that the future will be handed over to them. Because we can tell you that certainly isn’t the case – and maybe, you might even end up homeless.

Do Colleges Look at Your Freshman Year?

How to Get Letters of Recommendation Admissions Officers Will Love

Why is Going to College So Important?

The Ultimate Guide for Applying to Harvard as an International Student

Tips for Determining What You Want to Study in College

How to Nail Your Overcoming a Challenge Essay

The Do’s and Don’ts of College Interview Preparation

8 Tips to Get Into Columbia University

Do I Have to Know What I Want to Learn Before Applying to the Ivies?

8 Harvard Application Mistakes to Avoid at All Costs

Use These Effective Studying Tips When Preparing for College

How to Transfer to Harvard

The Pros and Cons of Hiring Ivy League Consulting

How to Overcome Stress-Related Anxiety?

Do Colleges Look at Your...

How to Get Letters of...

Why is Going to College...

The Ultimate Guide for Applying...

Tips for Determining What You...

How to Nail Your Overcoming...

Do Ivy Leagues care about...

Tips for Your Ivy League...