A college rejection letter can hurt – and it’s a typical story of what happens to the top students in college admissions that we often find all too common.

Let us tell you a story. Imagine that you had a friend named John.

John was a 3-time varsity track and field, football, and basketball athlete, volunteered at a senior citizen center, and was involved in some non-profit, but only had decent but not stellar grades and scores.

In every subject that you took with this guy named John, you seemed to edge him out in different ways – from SAT scores (John only had a 1520 – nothing to blink twice at), so-so grades with a unremarkable 3.8 GPA, and average SAT Subject Test Scores – 760 on Math Level 2, 750 on US History, and 720 on English Literature. 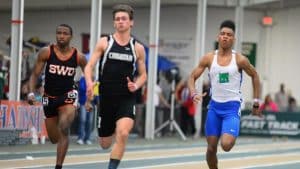 John was your competitor that you’d never acknowledge publicly, but you knew you were smarter than John in every aspect – you crushed your SAT’s and got a perfect 1600, earned a 4.0 GPA, 800’s across the board on your SAT Subject Tests, and even scored top 500 on the prestigious USA Physics Olympiad.

Everything you did seemed to be better than John, who you appreciated for his efforts but you still secretly knew you were better in almost every category. The only thing that John probably had over you was the attractive girl he asked out on his prom date while you were too busy focusing on how to get a leg up on him in college admissions.

Senior year rolls around, and you quickly learn from your best friend that John is applying to the same early school as you are! Both of you want to attend the prestigious Stanford University in the heart of the Silicon Valley. Who doesn’t these days? With the California sunshine and and the close proximity to billion dollar startups and easy access to venture capital, it’s almost a no-brainer.

Even though it’s sunny side California, you can taste the advent of winter from the colder-than-usual water bottles that your parents bring home from Costco. As both of you wait anxiously for the results, you learn on October 16th that you just placed semifinalist in the Siemens Westinghouse Competition.

A flood of euphoria rocks your inner core as you let out a scream just loud enough to be inaudible and avoid laser-like stares in the middle of the library. Meanwhile, John is carrying on as usual, hanging out in the middle of campus with his varsity letterman jacket, and occasionally wrapping his arm around his newfound girl.

Walking past John, you enviously flash him a smile and think secretly to yourself that there’s no way he would ever get in over you now with your prestigious award.

Flash forward a few weeks and it’s now December 15th. The day the acceptance letters come out. Ice cold runs through your veins as you brace yourself for the next 5 pivotal minutes of your life. Click.

“Unfortunately, we’re sorry to inform you that you have been deferred from Stanford…” A stone drops in your stomache. Tears flood down.

As you shut off your computer and grab your jacket, you walk outside only to hear sounds of cheers and screams outside. You see John high fiving his classmates and jumping up and down, waving his iPhone in the air. John just got into Stanford.

What the hell just happened?

Welcome to the world of college admissions.

What went wrong in this situation, and what could you do to prevent this? As college admissions consultants, we’ve seen stories like this time and time again. More often than not, a high achieving student gets rejected from a top university, while another strong-but-not-great student gets in.

Too many students are laser focused on the raw stats and numbers – a slightly higher SAT score, a slightly higher AP exam, etc. and tend to neglect the most important part of the whole process: the college applications and personal statements.

Sure, the grades, scores, and awards certainly help – but if you have all that and still write subpar personal statements that fails to reflect the voice that defines you, then you’re in for some tough luck.

As emotions vacillate from acceptance to deferrals to rejections throughout high schools in the country, just remember that the most important ingredient to never overlook is the personal statement.

Because at the end of the day that can mean the difference between an acceptance or deferral/rejection.

And maybe even your future prom date.

Send Your Kid to an Ivy League School: Here’s Why

Are colleges requiring students to...