The modern day 4.0 GPA and 1600 SAT score student is no longer impressive.

Back then, the Ivy Leagues had a rubric called an Academic Index that was used to rank students according to their academic profile on the basis of their GPA, SAT, SAT Subject Tests, and AP Exam scores. Stronger scores and more exams would correlate to a higher Academic Index, which would be one of the factors for admission. A 4.0 GPA and 1600 SAT score would essentially be a perfect applicant academically.

In addition, the extracurricular profile would get assigned a graded score (for some schools it was on a scale of 1-5, or 1-10), and that score would be assigned to the candidate as well.

But over the course of the past few years, the bar has been raised significantly and the standards for admission have evolved tremendously. The Academic Index is no longer relevant, and in its place is a rubric that requires much higher standards to demonstrate academic proficiency.

Whereas a top academic index would simply mean top grades and test scores, nowadays that’s no longer the case. Too many students have 4.0’s and strong SAT scores to make those academic stats the norm, and instead you now have to do much more on top of that to get in.

The same goes for extracurricular activities. Back then, being involved in school activities and well-rounded was enough to merit a strong extracurricular score. But now, the standards are much higher and you need stronger ingredients to get in.

It’s not unusual to see high school students with anywhere from 10-15 different extracurriculars on their resume (15!? How on earth do you do 15 activities, you might ask?) on their application to demonstrate the degree of their involvement.

At AdmissionSight, we’ve consistently placed students into the top universities every year. We understand both the level of competition and academic/extracurricular profile that is required to gain a spot at these coveted universities.

While certainly we will evaluate a student’s course selection and standardized test taking schedule, what’s more important is developing a strong academic and extracurricular profile for the student so that the applicant can compete against the country’s best and brightest.

For a math and science student, it may mean qualifying for the USA Math Olympiad (USAMO), or entering into the prestigious Intel Science and Engineering Fair, for example.

For a student in the humanities, it may mean placing a spot at the Telluride Association Summer Program, or earning a 1st place award in a competition within Model United Nations, for instance. The national competitions are what separate the boys from the men, or girls from the women – not merely grades and test scores.

Sometimes, we will meet parents and students in their senior year with only strong grades and test scores and maybe 2-3 awards, and they think that their child who has a 4.0 GPA and 1600 SAT score is going to Harvard. 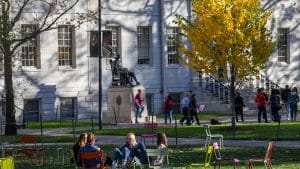 Well, you’re in for some tough luck because it’s too late to compete in those national competitions. At that point, it’s a matter of padding your extracurricular activities which you can still accomplish, as well as writing strong personal statements and application.

You still have a shot at getting in, of course, but at a diminished probability due to lack of awareness of taking advantage of all those opportunities outside of the standard requirements of admission in GPA and standardized test taking.

In the college admissions world, if you really want the best shot at getting in, all the stars have to align.

During our consultations, we guide the student on exactly the steps and strategies needed to perform well at these regional and national academic competitions and earn a leadership positions in these targeted extracurriculars.

We ensure that no stone gets left unturned, and no opportunity gets left out depending on the student’s interests and intellectual capabilities, whether in the humanities or the math/sciences.

Just to give an example, let’s take the Intel Science and Engineering Fair (ISEF), for instance. Many students prepare early on to qualify for this national competition, which would dramatically raise your academic profile in the eyes of the admissions officers.

These are just some of the common questions that we guide my students through – and this is just for one competition.

The truth of the matter is that there are literally hundreds of competitions, and understanding how to take advantage of these opportunities while effectively maximizing your resources in terms of time and effort to achieve these milestones plays a tremendous role in my quarterly consultations that we have with our Private Consulting Program clients.

Over the course of our time together, it’s common for some of the email correspondences with our clients to span over 100-150 emails per given year, including questions about how to raise their academic and extracurricular profile, essays to summer programs, as well as college applications, depending on the year the students joins.

That’s how closely we work with my students to help them get into the university of their dreams.

And while we often emphasize the importance of the personal statement to get in (and still do), the weaker the grades, scores, and extracurriculars, the lower the chances – that’s without a doubt. We’ve had a much easier time getting a strong student academically and extracurricular-wise than a student who is weaker.

For weaker students, the personal statement may sometimes be enough to sway the minds of the admissions officers, and that’s where we really shine and we know we are going above and beyond to help the candidate.

We’ve always said the weakest student I’ve ever helped get into an Ivy League university had a 3.3 unweighted GPA and a subpar SAT score. Like we said, it has happened before but it’s much harder to accomplish.

Parents and students who think that a 4.0 and 1600 SAT score (while it sounds great in a dinner table conversation with friends and family) are enough to get into a top university are in for a huge surprise.

Because those stats are no longer considered impressive in the eyes of the admissions committee – those stats are considered very average. In fact, there were 12,000 students who applied to Stanford last year with a perfect 4.0 GPA.

In today’s digital era, the equivalent of a 4.0 GPA and 1600 SAT score student 10-15 years ago means accomplishing much more today and requires much higher standards to be considered truly competitive and creme of the crop.

Given extremely low acceptance rates of 4-5% and a rising population with millions applying to college every year, along with the improvement in the quality of education and resources, you can imagine why that may be the case.

Some students we’ve worked with have been preparing as early as 5th grade so that they are way ahead of the curve by the time they enter high school when all the marbles are on the table.

Getting into a top university is difficult enough, and they’re crapshoots for anyone given the incredibly low acceptance rates. But if you really want to maximize your chances of getting in, you need to do everything right to get that acceptance letter.

And that means a stellar academic and extracurricular profile and of course, a powerful application to seal the deal.

Note: A stellar academic/extracurricular profile with a weak application can lead to rejections, and vice versa as well. No one said college admissions was easy! 🙂