For students who are interested in enjoying the prestige of an Ivy League school while getting the educational benefits of working within a liberal arts college classroom setting, there is no better option than Dartmouth College.

After all, Dartmouth is really the only school in the Ivy League that is known to closely reflect the liberal arts approach to undergraduate education.

If Dartmouth College is one of your top choices as you prepare to apply to great universities and colleges across the United States, chances are good that you are asking the question, “When do Dartmouth’s decisions come out?”

While knowing when a school’s decisions come out is less important than knowing, for example, when a school’s application deadline is, it can still be useful information to have. There are several reasons for that fact, with one of the prime reasons being that knowing when applying students can expect to get a Dartmouth acceptance letter or some other kind of decision being handed down can allow those students to spend time working hard in the classroom and on their out-of-school activities instead of going home after school and stressing out about hearing back from a school when its decision could be weeks or even months away!

While applying to undergrad can – and very regularly is – a stressful time for students, there is no reason to commit so much time and energy to simply waiting when you could otherwise be helping your chances of getting into schools in the event that you are deferred from your top choice or waitlisted. But we’ll get into all that later.

At AdmissionSight, we make it our top priority to offer the high school students that we work with every application cycle the information and tools that they need to succeed in their undergrad application goals. That is just one of the many reasons why 75 percent of the students that we work with end up getting into an Ivy League school like Dartmouth, Harvard or Yale or a top 10 school elsewhere in the United States like Stanford, MIT or UChicago.

So, whether you have already applied to Dartmouth or are simply planning on applying to Dartmouth in the coming year or two, then this breakdown of information in terms of the Dartmouth decision dates will surely help you prepare for the road ahead. Let’s get started!

Before we get into breaking down important dates and information regarding the Dartmouth decision timeline, we thought that it would be a great idea to quickly go over one of the most important numbers for any student that is interested in getting into Dartmouth to know. That number is , of course, the Dartmouth acceptance rate.

When it comes to Dartmouth, it is important for students to know that even though this school has the reputation of having one of the most favorable acceptance rates in the Ivy League, it is still at the tippy top of the totem pole when it comes to the most difficult schools to get into in the United States.

Now that the 2021-22 application cycle for Dartmouth is officially a thing of the past, including the National Decision Day on May 1st, we all have a much better idea of what the graduating classes of 2026 at schools all over the United States will look like on their first day of school next fall.

For Dartmouth, the class of 2026 is going to be another one with a highly competitive history. In all, Dartmouth College received 28,336 applications during the 2021-22 application cycle. There were just 21 less applications than the record-breaking year the year before and marked an astounding 33 percent increase compared to the 2019-20 application cycle.

In all, Dartmouth extended admissions offers to just 1,767 students, which was good for an acceptance rate of 6.2 percent for the class of 2026. It’s nearly the same acceptance rate as the previous year and marks the second-lowest acceptance rate in the history of the school.

Take a look at the table below to get an idea of how the acceptance rate has changed in recent years:

Let’s take a look at the numbers for students who applied to be part of a class of 2026. In all, 25,703 students applied to Dartmouth via Regular Decision and 1,207 were accepted, good for an acceptance rate of just 4.7 percent.

For students who applied via Early Decision, however, the numbers were far more favorable. Just 2.633 students applied to Dartmouth via early Decision during the 2021-22 application cycle and 560 were accepted, good for an acceptance rate of 20.38 percent.

The truth is that students that apply to Dartmouth via Early Decision have enjoyed this kind of statistical advantage for years. With that in mind, it is important to note that all of the students who got in after applying through Early Decision absolutely deserved to get in and their chances of acceptance were not improved in any way solely because they applied in this way. In fact, chances are good that the vast majority of these students would have gotten in as Regular Decision applicants as well!

When it comes to applying to Dartmouth via Early Decision, it is important that any student considering this option know all the facts. Here is what Dartmouth has to say about its own Early Decision process and commitment:

Financial Aid application materials are due

Application Fee or Fee Waiver due

Last date for testing. Dartmouth College is a test-optional for the Class of 2027.

Early Decision deferred applicants should submit a brief update regarding recent notable academic, extracurricular, and/or personal accomplishments; some applicants may wish to submit other material, such as new standardized exam scores and/or an additional letter of recommendation.

On or before April 1

Deadline to request a Gap Year

Last date for testing. Dartmouth College is a test optional for the Class of 2027.

Application Fee or Fee Waiver due

Final secondary school report and transcript are due

Deadline to request a Gap Year

So there you have it! Those are the important dates when it comes to both applying to and getting an answer back on your Dartmouth application. While the goal for every student who applies to Dartmouth is to of course get in, it is important to know that by the late-March the early-April deadline of admission notifications for students who have been deferred from Early Decision or have applied via regular decision, there are three possible outcomes of their application. They can be accepted, they can be rejected or they can be offered a spot on the school’s waitlist.

AdmissionSight often finds that students have little to no information when it comes to how waitlists operate and how different waitlists can be from one school to the next. If you want to know when Dartmouth waitlist decisions come out, you should also make sure that you have some other important facts regarding the Dartmouth waitlist.

What is a waitlist?

This is, of course, the most important question for any student who has been offered a spot on a school’s waitlist to be able to answer. Essentially, the waitlist is reserved for students who have all of the necessary qualifications to get into a school but are not offered a spot of admission regardless. So, while a student who is waitlisted was not rejected from the school, they are also not able to get in – at least not yet.

Simply, the school needs more time to determine how many spots they have left to fill after all of the accepted students make their final decisions. For that reason, the number of students that end up getting in off a school’s waitlist can vary drastically from one year to the next.

What should a student do when they are offered a spot on the waitlist? From there, it is advised that students select from the schools that they have been accepted by of their intent to enrol. The reason for this is because – year to year – an incredibly small number of students are ever actually accepted off of the waitlist. After doing that, it is wise to send a brief statement to the school’s admission committee stating your continued interest in attending Dartmouth. Make sure to include new accomplishments in your statement as well.

When do students hear about Dartmouth waitlist decisions?

This is the primary reason why students who are offered a spot on the Dartmouth waitlist are advised to accept a spot at another school even if they plan to attend Dartmouth in the event that they are accepted. The school does not notify students of their final admission decision until late May or June. 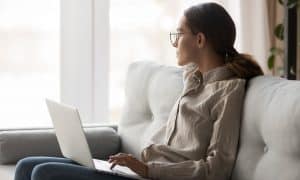 Even then, decisions have been known to extend further into the summer. Students are only accepted off the waitlist if Dartmouth still has spots to fill in an upcoming class after all accepted students have responded. For that reason, it is impossible to predict how many spots – if any – will be available for waitlisted students.

What are a student’s chances of being accepted from the Dartmouth waitlist?

It is crucially important for any student who is offered a spot on the waitlist to know that no matter what you do from this point onward, your chances of getting into Dartmouth are incredibly slim. From one year to the next, the number of students that can get accepted off the waitlist can range from zero to dozens. Every year, however, you can expect for less than 10 percent of students on the waitlist to be accepted.

Get more advice on Dartmouth admissions

There is no doubt that it is hard getting into Dartmouth. However, it is not at all impossible and students prove that fact every year. If you are interested in learning more about the application process at Dartmouth and how to improve your chances of getting accepted, contact AdmissionSight today for a free consultation. 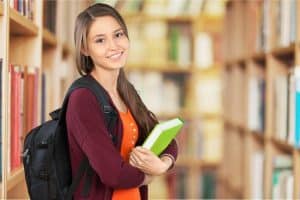