How To Get Into MIT

How to get into MIT

Students and parents ask us all the time how to get into MIT. MIT seeks students who not only excel at math and science, but also demonstrate creativity and collaboration for the purest pursuit of knowledge. Many times this many mean conducting research with PhD level professors and postdocs, and other times may mean an interesting side project that demonstrates one’s intellectual depth and desire for discovery.

The MIT application is tricky as they are one of the few universities that do not use the common application. Instead, they have short 250–350 word questions that include asking why you want to apply to MIT, how do you demonstrate your collaborative nature or contributed to your community, and tell us about something that didn’t go according to plan and how did you respond, etc.

These questions aren’t meant to be trick questions, but they are testing your sense of authenticity in your responses and whether you’d be a right fit on campus. While certainly regional and national competitions in the math and sciences are important, such as the Intel Science and Engineering Fair and the USA Math Olympiads, and you can bet that MIT has hordes of these students every year. How you stand out among all these top math/science students is an important factor to consider when applying to MIT.

We’ve helped many students get accepted into MIT. The MIT application is tricky because it doesn’t use the common application – in fact, it uses its own application with short 250–350 word prompts. So you bet your answers to those prompts are incredibly important, but the key is to be authentic in your voice that shows your sense of intellectual curiosity, collaborative ability, and ability to take on challenges and setbacks.

Because the MIT application doesn’t have a 650 word essay like the other Ivy Leagues and top tier schools that use the common application, you have very little space to showcase your personality and your involvement. Certainly part of the reason the application is designed this way to stress the importance of being succinct and concise in your answers, as well as stating exactly your accomplishments in the academic, extracurricular, and additional information section.

We’re certain that MIT misses out on many stellar candidates every year as there are many more qualified students given the limited number of spots. But if you’re serious about attending MIT, understanding how to tackle their application is key.

MIT has admitted extraordinarily gifted students who had a subpar SAT reading score – even has low as 300, but happened to be incredibly gifted in the math and sciences.

We’ve worked with a number of these accepted applicants, and usually that means performing extraordinarily well on any of the math/science olympiads, doing rigorous research with a university professor with publications under her belt, or taking really difficult college level courses like Galois Theory or Complex Analysis. 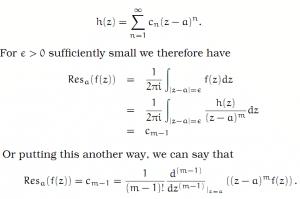 Usually, these types of students will have extremely strong letters of recommendation letters from accomplished professors and PhD’s in their fields. Precocious would be an understatement – these types of kids thrive academically and are by their nature “geniuses” – those who exemplify both raw talent and work ethic that shows a strong aptitude for learning and academics.

How difficult is MIT?

MIT in our view is one of the toughest schools in the world. The students are incredibly brilliant, the institution with the most students placing Top 500 in the Putnam competition every year. While the students come across as “geeky,” they are incredibly strong in the math, sciences, and engineering.

An MIT student with strong leadership ability and EQ could really thrive in this digital age where technology has come to dominate so many industries.

With that being said, studying at MIT is really tough. You will be studying with gold medalists in international math olympiads, students who published research papers, and students who have really high IQ’s and studied differential equations and real analysis back in high school.

The courses are tough – extremely fast paced in a sink or swim environment. The average GPA there is roughly around a 3.0 out of 4.0 (they use a 5.0 scale, but demonstrating the GPA contextually here). Professors will expect you to keep up with the course, but I feel only students with the foundation and who studied these topics early on would be ready to keep up with the rigorous demand of an MIT course.

From conducting research with genius faculty and professors to working on problem sets for 24 hours straight, you can bet that an MIT will challenge your intellectual curiosity and ability to keep up with the best and brightest.

Check on the online courses on MIT OpenCourseWare – many are really well put together and professors will have written hundreds of pages of lecture notes and even their own books for some of the courses. From there you’ll get a good idea of what academics at MIT should look like.

We’d say MIT is up there with the toughest schools in America, comparable to its arch rival Caltech, which has a high bar of requirements for all students who attend the university including differential equations, real analysis, physics, chemistry, among others.

This puts it right up there with the requirements necessary to graduate from an Indian Institute of Technology (IIT), which on 60 minutes a famous venture capitalist claimed was the equivalent of Harvard, Princeton, and MIT combined in terms of difficulty.

But at the upper echelons, say the top 20–25% of students at the university, they most likely way surpass the requirements necessary to graduate. There are students who are taking graduate level courses as early as their freshmen year – not just at Caltech, but at Harvard, Yale, Princeton, and other top universities.

Now if you ask us which university probably has the brightest students on average, we would gladly give that honor to MIT. There are more MIT students who are placing in the Putnam competition than any other university. And while Harvard tends to win that competition in most years, that is because they choose their three contestants wisely, who make up the school’s overall score for the Putnam.

These are just factors to think about when trying to gauge how brutally hard a university is. Another factor to evaluate is probably the GPA. MIT, Caltech, and Princeton have lower GPA’s than other universities given the sheer difficulty of the schools – hovering roughly at a 3.0.

So if you want to get into MIT, you need to thrive as the math and sciences, including regional and national academic competitions, and a compelling application to seal the deal. 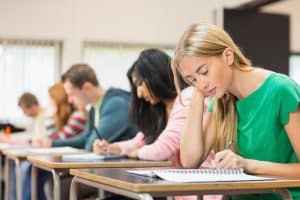