Where is the UCLA campus?

The University of California—Los Angeles was founded in 1919 as a public institution. It has a total undergraduate enrollment of 31,636 (fall 2020) and a campus size of 419 acres in an urban setting. It utilizes a calendar based on quarters. So, Where is UCLA located?

The 20th-ranked national university in the 2022 edition of Best Colleges is the University of California—Los Angeles. Tuition and fees are $13,268 for in-state students and $43,022 for out-of-state students.

The school moved to a new campus on Vermont Avenue in Hollywood in 1916. In 1919, it was renamed the Southern Branch of the University of California (SBUC) and the College of Letters and Sciences, a general undergraduate program, was added. Later, in 1927, construction on the Westwood campus began, and the university’s name was officially changed to the University of California, Los Angeles.

UCLA, which is a member of the Association of American Universities, offers 118 graduate programs and 200 undergraduate programs in a variety of disciplines. The College of Letters and Sciences and eleven graduate and professional schools impart the university’s diverse educational programs. With more than 5,000 research programs, UCLA is one of the top ten research universities in the United States.

The museums, galleries, and gardens of UCLA constitute the most important arts and cultural center in the West. The Fowler Museum of Cultural History, the UCLA Hammer Museum, the New Wight Gallery, and the Franklin D. Murphy Sculpture Garden are notable examples. UCLA maintains a library network throughout its campus.

It is regarded as one of the top 10 libraries in the United States and has more than 7.6 million volumes and nearly 80,000 serial titles. In addition to this extensive collection, each UCLA department and centre independently manages various information resources. In addition, the UCLA campus contains restaurants, stores, and housing facilities. The UCLA career center is committed to recruiting the most talented and intelligent individuals.

Is UCLA in California?

Is UCLA located in California? Just five miles from the Pacific Ocean, the 419-acre campus of UCLA is located at the base of the Santa Monica Mountains.

UCLA, widely regarded as a Public Ivy, is one of nine schools comprising the University of California, the public college system of the Golden State. Its 419-acre campus is in the Los Angeles neighborhood of Westwood, at the base of the Santa Monica Mountains and a few miles from the Pacific Ocean. (We stated the distance in miles, not minutes; Los Angeles is notoriously car-centric and plagued by terrible traffic.) 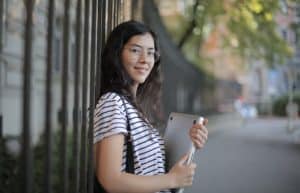 UCLA is proud of its vast and diverse academic community. It has the largest undergraduate enrollment in the entire University of California system, with over 30,000 undergraduates, in addition to 15,000 graduate and medical students.

Students come from all fifty states and more than one hundred foreign countries, but the majority of undergraduates are from California. In addition, the student body is quite diverse, with 33% of undergraduates being Asian, 26% being white, 21% being Hispanic, 5% being African American, and 10% being international students.

Many of UCLA’s 130 majors and 109 departments are ranked among the nation’s best, and the university offers instruction in 40 different languages. Attending a large public university in one of the largest cities in the United States affords numerous opportunities. However, these opportunities will not only be extensive; each student will complete a major-related capstone project.

UCLA excels in the STEM and engineering disciplines. It is home to one of the best medical programs in the world at the David Geffen School of Medicine and boasts laboratories of international renown. In addition, each year, more UCLA premeds apply to medical school than students from any other institution.

How do I get to UCLA Campus?

Anticipate delays due to traffic, parking, and other factors. Plan in advance so that you can adjust your travel times or simply carpool.

From the East along Route 10 (Santa Monica Freeway)

Is UCLA a Private University?

Is UCLA a Private Institution? The University of California – Los Angeles was founded in 1919 as a public research university. It is among the best universities in the United States, and is a favorite among Asians (especially Indians), despite the fact that admission is extremely competitive. 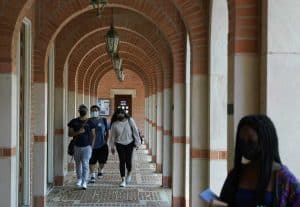 Although UCLA is naturally renowned for its excellent academic programs, that is not its only claim to fame. Since 1920, UCLA has had at least one gold medalist in every Olympic competition. This is a frightening statistic.

The University of California-Los Angeles has a total enrollment of 31,636 undergraduates (fall 2020), with a gender distribution of 41% male students and 59% female students. At this institution, 48% of students reside in college-owned, -operated, or -affiliated housing, while 52% live off-campus. The University of California-Los Angeles participates in NCAA Division I athletics.

The beautiful, expansive UCLA campus has appeared in numerous television shows and films over the years. With its classic red-brick buildings, the elegant arches of Royce Hall, the majestic architecture of Powell Library, and the dramatic ascent of the Janss Steps, the campus has long been the location of choice for Hollywood depictions of college life.

You will not need to visit Griffith Observatory in order to observe celestial objects. Take one of the 49 available seats in the intimate UCLA Planetarium, which offers shows and stargazing every Wednesday night at 8:00 p.m. during the academic year.

1957 saw the construction of the Planetarium, a 24-foot-diameter dome located on the eighth floor of the Mathematical Sciences Building. The UCLA Department of Physics and Astronomy offers free planetarium shows and telescope viewing to the general public. On clear nights, you will be able to observe planets, nebulae, star clusters, and other visible night sky features.

The 7.5-acre garden at UCLA is home to more than 3,000 plants from a variety of environments, including dry desert and Mediterranean climates, as well as shady, lush areas bordering a stream filled with turtles and koi. In June, a new and improved picnic area will likely open. The garden is located between Tiverton Drive and Hilgard Avenue on the east side of campus.

The UCLA Dance Marathon is a 26-hour dance-a-thon held annually in April at Pauley Pavilion to raise funds and awareness for the fight against pediatric AIDS. In 2002, with only 180 participants, the inaugural event raised more than $27,000. It has raised $5 million over the past sixteen years, making it the largest student-run philanthropic event on the West Coast.

Vegan entrees, Latin specialities, Pan-Asian dishes, and Mediterranean dishes with bold flavors can be found in the residence dining halls of UCLA’s award-winning campus. Bruin Plate, Covel Commons, De Neve, and FEAST at Rieber are the four restaurants open to all students and visitors. Each restaurant offers up to ten entrees served buffet-style and unlimitedly. There are six quick-service restaurants where you can dine in a café-style environment or grab food to go.

The student-teacher ratio More than 1,000 clubs and organizations at UCLA cater to a wide range of interests, from sleight of hand to the Happiest Place on Earth. Enigma: The Science Fiction, Fantasy, and Gaming Club at UCLA cater to fans of science fiction, fantasy, and horror media, as well as all types of gaming.

At the University of California-Los Angeles, the student-to-teacher ratio is 18:1, and 48 percent of classes have fewer than 20 students. Social Sciences, Biological and Biomedical Sciences, Psychology, Mathematics and Statistics, Engineering, Multi/Interdisciplinary Studies, Visual and Performing Arts, English Language and Literature/Letters, and History are the most popular majors at the University of California, Los Angeles. The average retention rate for freshmen, a measure of student satisfaction, is 97%.

What is the library at UCLA called?

Now that you know “Where is UCLA located?” You need to know about Powell Library provides opportunities for students to discover their intellectual passions, explore their creative abilities, and engage with the community.

There are quiet and collaborative study areas, including group study rooms, as well as flexible teaching and learning areas throughout the building.

The collections of the Powell Library support current and emerging undergraduate curricula in the humanities, social sciences, natural sciences, and mathematics, as well as inter-disciplinary programs and initiatives. They consist of:

In addition to exhibits, concerts, dances, readings, and other events that promote student learning and creativity, Powell Library also provides a vast array of programming.

The UCLA Library Special Collections houses and provides access to the central collection of rare humanities and social sciences books and manuscripts. Its non-book holdings include more than 30 million manuscripts, 5 million photographs and negatives, ephemera, maps, artworks, architectural drawings and models, and other graphic arts material.

There are five divisions within the Department: Manuscripts, Rare Books, Technical Services, Public Services, and University Archives. As one of the 23 public service units and departments within the UCLA Library system, the Department’s resources support the research and instruction missions of the University.

The entirety of the UCLA Library’s reference and research collections are accessible to the general public, and approximately one-third of the Department’s current users are from outside the university community.

The UCLA Music Library is the largest and oldest major music library on the West Coast of the United States and provides access to one of the largest academic music collections in North America. Its resources for music research, performance, and study cover all musical genres from antiquity to the present.

Producing concerts and music programs since 1949 and publishing music literature since 1974, the Music Library has a long history of innovative services and projects. It administers The Hugo Davise Fund for Contemporary Music to support contemporary music in a variety of ways, such as through the sponsorship of conferences, exhibitions, concerts, residencies, composition competitions, and the commissioning of new works.

It publishes the Contemporary Score Edition, which includes both printed scores and parts and open-access digital scores. It is the first open-access edition of new music that a library has published.

The University of California, Los Angeles’s Fowler Museum has contributed 5,300 images to the Artstor Digital Library. The majority of Artstor’s collection is devoted to African and Andean ceramics.

The majority of the Museum’s collections have been acquired through the generosity of donors. The Sir Henry Wellcome Collection of 30,000 objects, amassed in the early 20th century and donated to the Museum in 1965, comprises the museum’s African and Pacific holdings and is the single largest gift. The Fowler Family Silver Collection contains 400 objects spanning the 16th through 19th centuries in Europe and the United States.

In 1997, the Daniel Family donated an exceptional collection of more than 900 Mexican works, which includes magnificent ceramic Trees of Life, Day of the Dead figurines, and masks from Metepec, Oaxaca, Michoacán, Jalisco, Puebla, and Guadalajara.

The Fowler Museum at UCLA was established in 1963 to consolidate the non-Western art and artifact collections that were scattered across the campus of the University of California, Los Angeles. As one of the most prestigious university museums in the United States, the Fowler initiates research projects, fieldwork, publications, exhibitions, and public programming to promote the appreciation and understanding of global cultures. 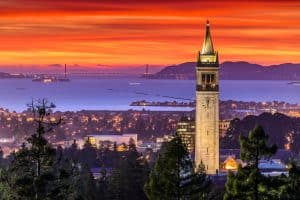 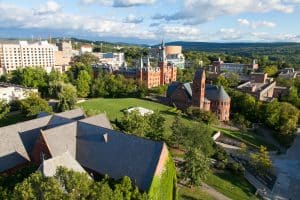 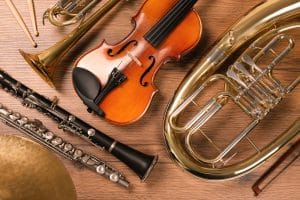 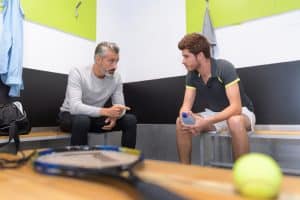 Top 10 Law Schools in the US When Should You Apply For College? 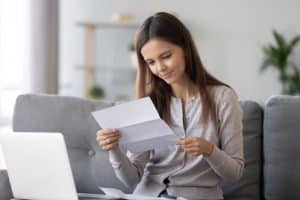 The Most Important Factors in College Admissions 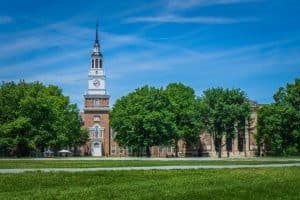 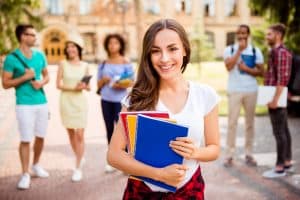 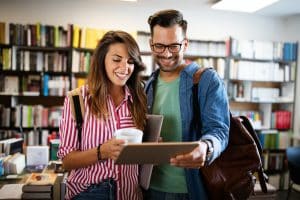 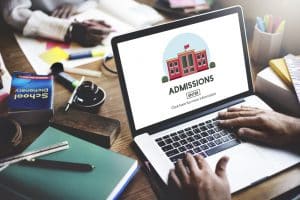 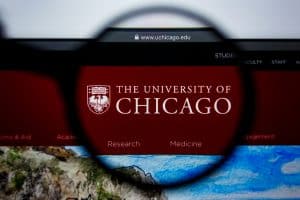 Athletic Recruiting for the Ivy...

When Should You Apply For...

The Most Important Factors in...